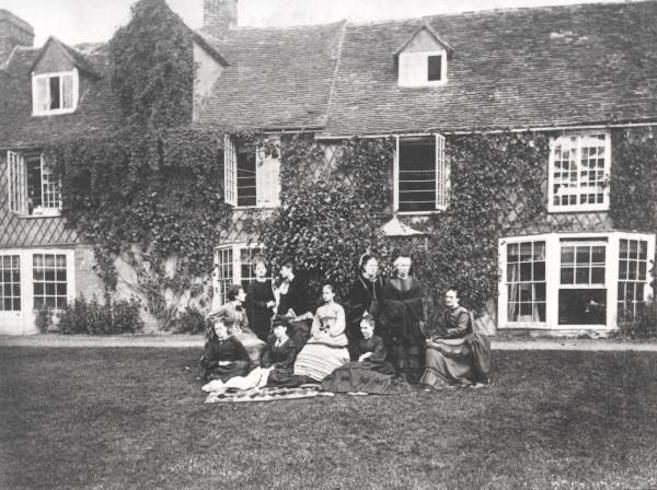 Five young women entered Merton Hall, later Newnham College, in 1871, and in 1872 eight arrived: Emma Brooke  (the future novelist and poet), Jane Richardson, Jane Smith, Elizabeth Style, Helen Sullivan, Kate Vokins, Helena Wilkins and Charlotte Martin. This is an undated photograph of Merton Hall but it must be between 1871 and 1875 when Newnham College was established, so one of the young women just might be Charlotte Martin/Wilson.