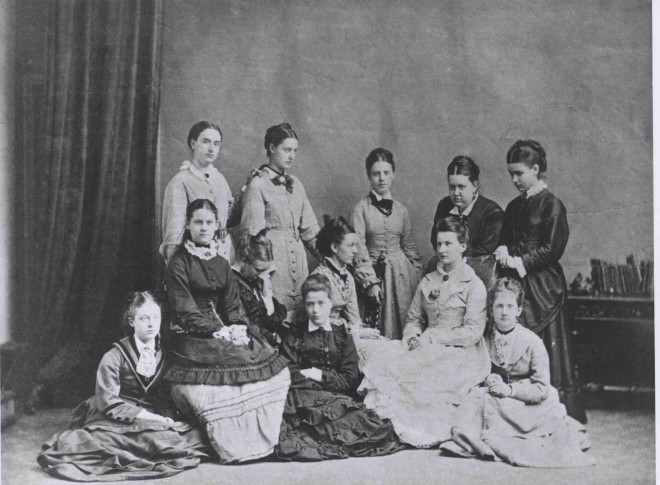 Yesterday’s photograph did not show Charlotte; very pleasingly, the Archivist at Newnham looks at the Persephone Post  and she wrote to tell us: ‘Charlotte Martin is not in that group but she is in the photo I attach. She is on the left of the middle row – so seated on a chair – and I think you will agree has a strong and direct gaze. The date and place are a little uncertain but it is likely to be 1874 and in either Merton Hall or Bateman Hall’ (by then Newnham had two halls of residence). After her time at Cambridge, Charlotte married Arthur Wilson. She became a socialist and an anarchist and was associated from the start with The Anarchist, the first English language anarchist paper in Britain, and later with Freedom. She wrote a pamphlet called Anarchism and Outrage and in the 1880s ‘became a familiar figure as the leading native middle-class proponent of anarchist communism’ (ODNB).