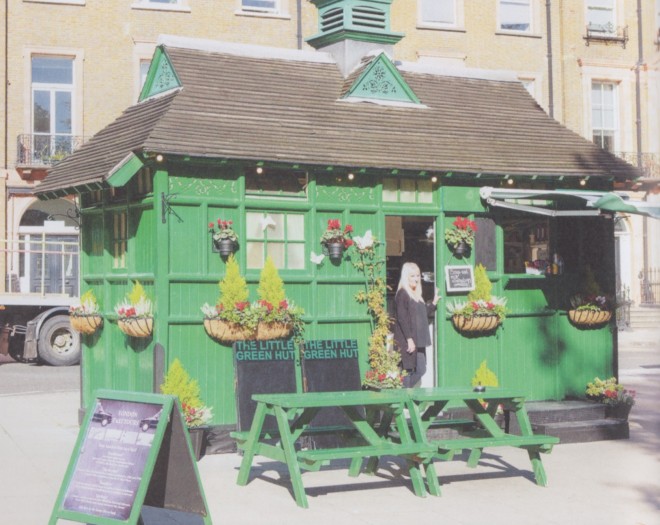 There are just thirteen of these small green huts left in London, one of which is on the north-west corner of Russell Square. They are Cabmen’s Shelters, erected by the Cabmen’s Shelter Fund in the 1870s, headed by the 7th Earl of Shaftesbury who saw the necessity for providing places of warmth and refreshment for the hard-working cabmen of the city. They had to follow strict guidelines as they were built on public footpaths so could be no larger than a standard horse and cart and all swearing, drinking and gambling were banned. Only qualified cabbies were allowed inside, a rule which still applies today. ©Image Lucy McMurdo