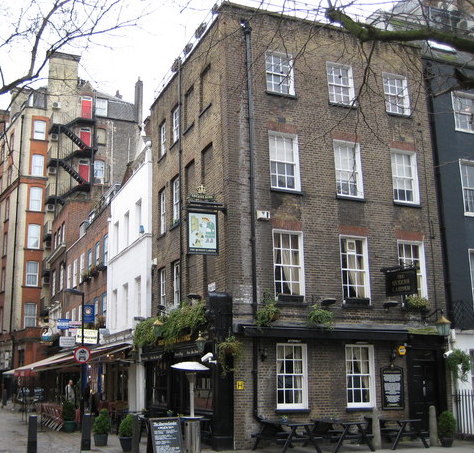 The Queen’s Larder pub is a 4 minute walk from Persephone Books and has a very interesting history. It was built before the rest of Queen Square when it looked over open fields. Soon, three sides of Georgian housing and been built along the east, west and south sides of the Square; the north side was left open so that residents had views up to the hills of Hampstead and Highgate (and therefore could benefit from the country air). The Square’s reputation for health was such that when George III had another of his bouts of illness in 1788, Queen Charlotte sent him to live with his physician Dr Willis there. It is said that she rented the cellars beneath the pub to store the King’s favourite food and ales and so the pub has been called The Queen’s Larder ever since.