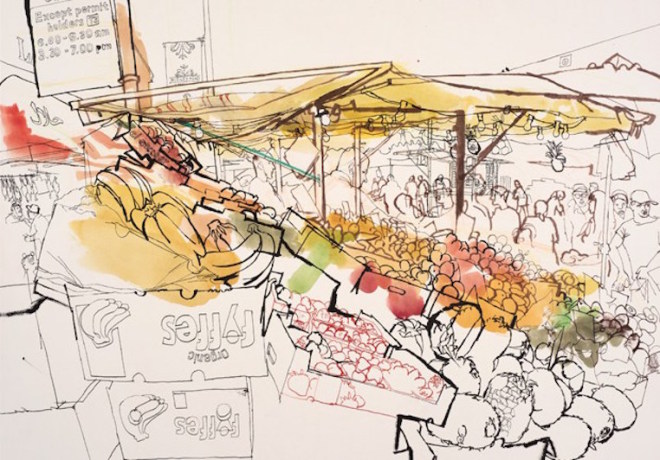 An exhibition has just opened by our favourite Lucinda Rogers, it is at the House of Illustration in King’s Cross and is called On Gentrification: Drawings from Ridley Road Market. It is unmissable but, happily, is on until next March. (The House of Illustration itself is rather unmissable too.) In the exhibition Lucinda Rogers ‘explores the relationship between old and new, focussing on East London’s 200-year-old Ridley Road Market and a new block of luxury flats’ that looms up behind it. This is Fruit Mountain at the Entrance to Ridley Road.