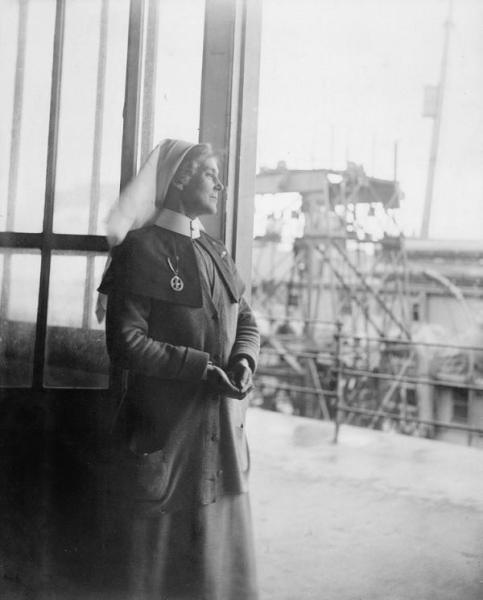 Olive Edis took this photograph of Miss Minns, Queen Alexandra’s Imperial Military Nursing Service (QAIMNS) at Le Havre. On 12th March 1919 she wrote in her diary: ‘The Great Hospital on the Quai [at Le Havre] we found had been disbanded – only the matron remained. I did a most attractive picture of her on the balcony, looking out in a farewell attitude at the great American liner which with the port made a background for her.’ This is taken from an excellent blog about Olive Edis here; it has dozens more extraordinary photographs.