So to the fourth Persephone lockdown letter, two months after the first one. For all of us, the peculiar daily rhythm has continued. This doesn’t have to be spelt out because it is the same for everyone. The only difference for us at Persephone is that next week we go to collect the office puppy! And remembering from past experience, that having a puppy is like having half a baby (a ghoulish but rather accurate metaphor) we have been trying to ‘get ready’, not just the puppy basket and toys and food but we have been sorting out and tidying. Partly it’s that lockdown has inspired everyone to do the same (is it a control thing?) and partly, with having half a baby in the house, we won’t be able to ‘do’ much for a few weeks.

And because Gilbert, as he is called (after Anne with an E and the goldfish in the Rosamunde Pilcher short story in The Second Persephone Book of Short Stories read by Fran on You Tube here) was meant to be the office dog, the plan was that he would be in the shop for at least part of every day. But now, who knows? The situation is that we shall be open to the public, to you our lovely readers, on Monday June 15th from 12-3 and we shall be open every day thereafter from 12-3 (although not at weekends). We shall have a plastic screen on the credit card table, we shall encourage people to wear masks, and have laid in a store of paper gloves. I don’t think we shall put the books in quarantine for 72 hours which is apparently what Waterstones are going to do. And in fact we are not expecting many visitors, we are after all mainly a mail order company. So although we would love to see customers, we suspect that there won’t be many till September. (We shall probably be closed in August, most years we stay open but this year will shut.)

And apart from the cooking and cleaning and ‘fulfilling’ of orders, we have tried to get plenty of sunshine (a good killer of viruses) and walks (ditto). The daily torture is reading the Guardian and confronting the incompetence and deceit of Dominic Cummings and his deputy Boris Johnson, about which nobody seems to be able to do anything. And then the horror of what is happening in America makes one weep. If only some trustworthy person could say to the American nation, this is appalling and of course we shall charge him with murder and we feel as ashamed and upset as you do: then the turmoil wouldn’t have happened. But Trump glories in it and all the rest of the world can do is wring its hands in dismay. But then we are wringing our hands in dismay about having the highest number of Covid19 deaths in the world (they massage the figures so it doesn’t look so bad, but this, tragically, is the case).

Many people have enjoyed virtual festivals eg Hay and Charleston, here is Tom Stoppard in conversation; the great event for us in May was listening – three times! – to Stoppard’s 1991 play In the Native State. Alas, it has vanished now (but why? could ‘they’ have not left it ‘up’ for a year instead of a mere month?) but it was absolutely glorious, in every respect – witty, romantic, Forsterian, sardonic, oh it was perfect.

And we too wondered whether to have Persephone online, in the form of a Zoom book group or the Forum brought to life by ‘country cousin’ who writes it, or even the Persephone girls (Lydia, Rosie, Emily, Maud and myself) in conversation. But literally we haven’t had time! We are not shirking, it’s just that anyone who has emailed us or tried to telephone or ordered a book indeed will know that we are doing our utmost but it’s impossible to catch up. Of course we are delighted that our books are popular, that goes without saying. But there simply isn’t time for the personal touch and that’s upsetting. However, this too will pass.

Other news: there was a review of The Oppermanns by Anna Carey in the Irish Times. She said: ‘Twenty-five years ago [when she first read it] I didn’t see many obvious connections between the events in The Oppermanns and contemporary politics. Now it’s impossible not to get a jolt of recognition when a character warns her husband, who “always believed everything was all right as long as one could prove one’s statements” that “nowadays accuracy meant nothing”. Or when a family friend reminds Edgar that “our opponents have one tremendous advantage over us: their absolute lack of fairness. They have always employed such primitive methods that the rest of us simply did not believe them possible.”‘ Anna Carey concludes: ‘This gripping novel deserves to be widely read. It will stay with you for a very long time.’

We presume that most people who read Persephone books will have read this article by Jonathan Freedland, if not they should. It’s about trust, and how it’s been destroyed.

They Were Sisters was chosen by Buzzfeed as  one of ‘five classic books we couldn’t put down’. They said: ‘Whipple’s writing is clever and character-driven, and her unflinching examination of the impact of domestic violence on the psyche and family unit feels particularly radical knowing the book was originally published in 1943. They Were Sisters reads like a bleaker take on the Austenian trope that a marriage to the seemingly “right” person is an inherently good thing.’

There was an article in the Financial Times about bathrooms and taps (below bathroom taps at Mies van der Rohe’s Villa Tugendhat in Brno, Czech Republic). 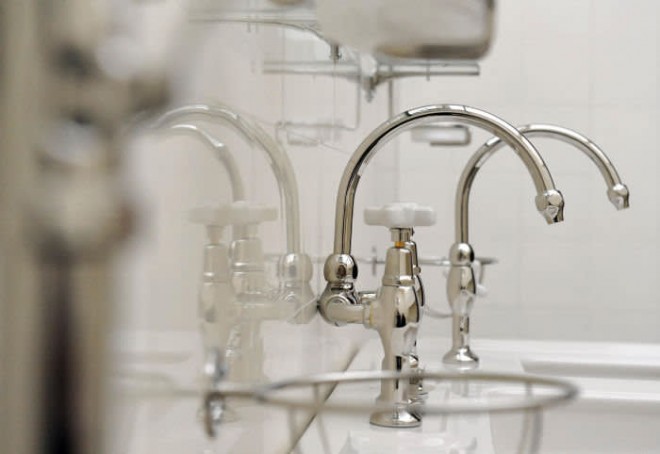 Some of us have often wished that restaurants at Europe would have a sink where one could wash one’s hands at the entrance – as they do in India. The article by Edwin Heathcote concluded: ‘I don’t know how much coronavirus will affect domestic design, perhaps not at all. But it might make us think about how we live; about the luxury of clean, cool running water and the decadence of a hot shower or bath; about fresh air and sunshine; about the public and the private and the fittings themselves. Might the most mundane fittings become the most visible?’ For those of us who have been banging on about sunshine and fresh air and hand washing the article struck a lot of chords.

The Guardian ran a piece about Diary of a Provincial Lady by EM Delafield. 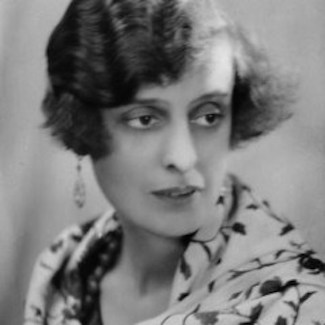 It called it ‘one of the funniest, smartest and most lovable books I have ever read.’ Someone commented: ‘I absolutely love this book, it’s the most soothing book you could possibly read atm, and funny in a lovely gentle (yet sharp) way.’

This week Fran of Fran’s Bookshop 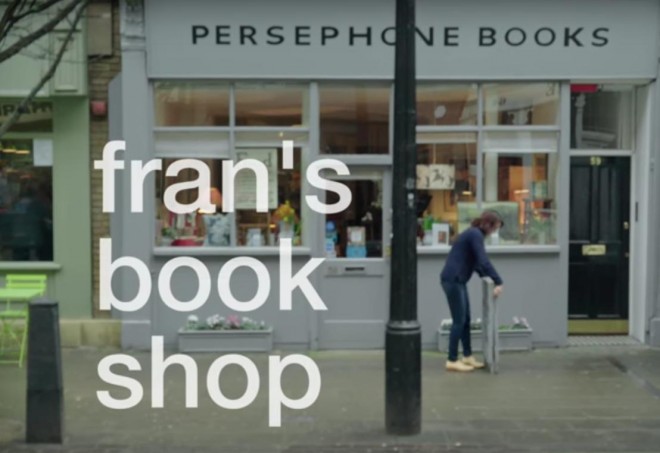 is reading a short story from English Climate by Sylvia Townsend Warner, Persephone Books No. 137 on Monday, Wednesday and Friday. Here is the link. And the great news is that the fifteen previous stories are now up on You Tube here so you can listen whenever  you like to any of them, whether you decide to weep (”Miss Anstruther’s Letters’) or laugh (‘Here we Are’) or learn something quite profound about being a mother (‘The Rainy Day, the Good Mother and the Brown Suit’) or wallow in the delight of a short story by Dorothy Whipple, always guaranteed to be insightful and funny and au fond rather tragic,

Finally, do read this article about Kerala’s health minister. 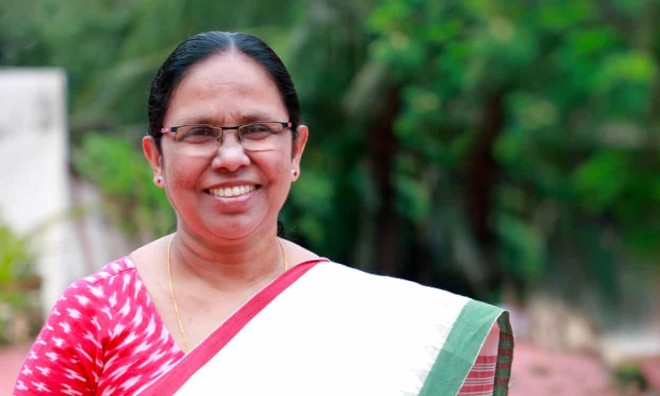 KK Shailaja has ensured that only four people have died in a state of 35 million people (well only four by the time the article was written three weeks ago). That would be as if we had only lost eight people instead of approaching 40,000. It’s unbelievable. The article is fascinating but it’s a pity it doesn’t mention homeopathy which some of us are convinced is one of the reasons for Kerala’s success – along with proper food, fresh air and sunshine of course.

as from 59 Lambs Conduit Street