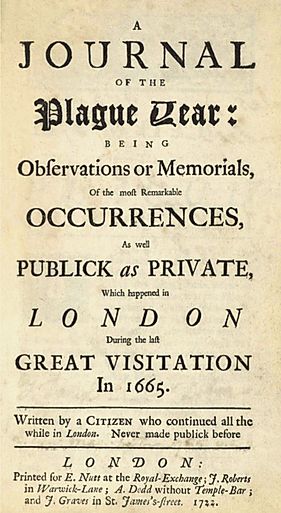 So to the third Persephone Lockdown Letter or Journal of the Plague Year 2020. And it’s difficult to know what to say because no one wants to behave like a politician and be economical with the truth. However, the truth is two- edged. We want people to read our books. But we are in fact overwhelmed.

This is the situation: at the moment there is someone in the shop every day, but on their own (which is much less fun, goodness we miss each other). On our allotted day we each tackle the huge pile of backed-up orders: in the knowledge that no sooner have we sent out a couple of hundred books, then that day’s orders will have wiped out most of the  advantage gained.

Of course it is marvellous that people want to read our books! We are truly delighted. But, frankly, we cannot quite cope. At one stage there were 600 backed-up orders and we wondered whether to cancel the Spring\Summer Biannually. Then, recklessly, we decided simply to postpone it by a month (it will now arrive around May 20th in the UK) and assume/hope/make a superhuman effort to clear the backlog before you, our lovely readers a) give up on us or b) show your faith in us and start ordering the two new books. This is now just about possible. Lydia and Rosie worked a day each at the weekend as well as their allotted weekday, and they sent out hundreds of books. More orders come in. But at last we seem to be on top of things.

Don’t think we are complaining.  It’s just that for years, decades, we have had the same proud ‘business model’ whereby when someone orders a book we send it to them within a day or two. This new necessity of a week or two is disconcerting, almost upsetting. And there are horrible side effects. For example, we have decided that there simply isn’t time to answer the phone. But quite a few of our customers do not have internet access and, unsurprisingly, rather like ringing up to have a chat with a friendly voice. But this has to be offset against the hundreds of readers sitting at home and longing for a good read. It’s a balancing act and a tough one. And yet something that is of course being replicated by thousands and thousands of businesses all over the world.

Anyway, this is a long-winded way of saying – if you are reading this and are waiting for your order, it really really is on the way. Two weeks is now the average delay and sometimes it’s less. When Rachel Cooke wrote a (very interesting) piece in the Observer on Sunday about the future, or not, of independent bookshops, the hard copy (although not the online version here) had a picture of Persephone Books and actually OUR HEARTS SLIGHTLY SANK. No, truthfully, for an instant we were worried. In the event we needn’t have been because we weren’t mentioned in the text and Rachel Cooke did not cover the fact that we, and there must be other publishers and bookshops in a similar situation, are close to not being able to cope. Actually the reason why this is so would have made an interesting paragraph. But she does quote Stephen Page who runs Faber saying ‘One thing that must come out of this is a model where online selling is more plural’ (ie. not just Amazon) and she then writes: ‘Publishers are cagey about the idea of getting into selling themselves. Some dismiss the idea out of hand. It’s too complex and too expensive; they don’t want to anger Amazon. Others, off the record, agree that the industry is having this conversation.’ And she quotes a literary agent  saying: ’This is the moment. I’ve been saying this to [publishers] for 20 years: why do you not go into direct selling?’ He added: ‘Publishing is just clinging to the same model it had in 1920.’ But not at Persephone Books!

And other news: the excellent Booklaunch (‘the UK’s most widely distributed literary journal’), from which the Defoe title page above came, had details of a book called A Very Dangerous Location: The Landscape of the Suffolk Sandlings in the Second World War. In the fascinating description of the book here there is this beautiful unattributed painting of Felixstowe Beach. 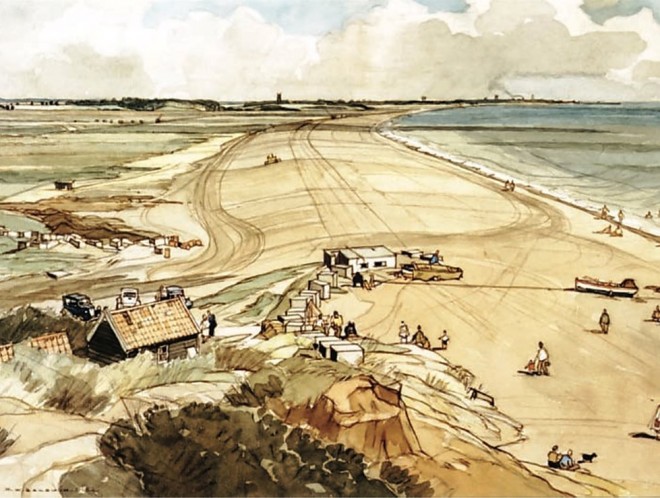 Do go ‘virtually’ to Keukenhof and enjoy the tulips – here. 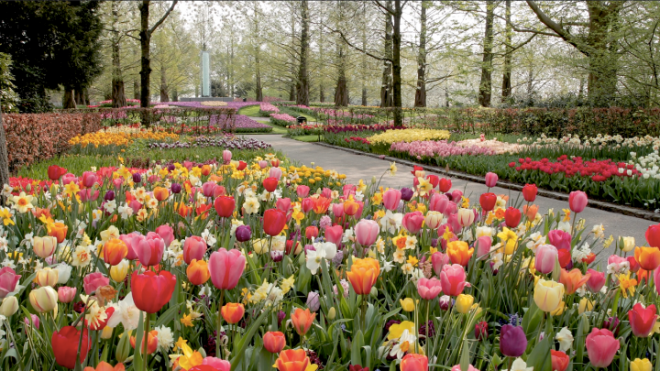 It’s a joy to see that, despite no visitors, they hadn’t destroyed the flowers; but horrifying to see a picture in the paper of a garden centre destroying thousands of plants in pots which could surely have been given away to people in flats? Two of our most entrenched beliefs are the importance of ‘nature’ (three books have just been published on this very subject) and the importance of fresh air (this might be something people will begin to realise as they understand that trains and buses wouldn’t be hotbeds of germs  – and viruses – IF THE WINDOWS OPENED).

‘Country Cousin’ has just put up the Forum for May. It’s about The Second Persephone Book of Short Stories and is highly recommended. Do also read the Forum for The World that was Ours which mentions Denis Goldberg (seen here with Mandela) who, alas, has just died. 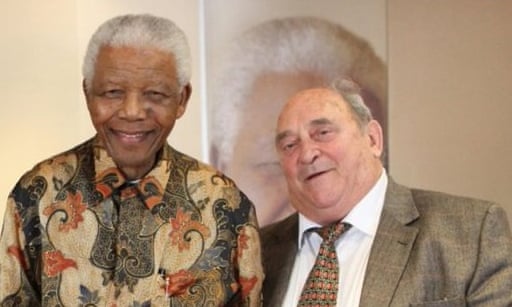 A wonderful film for those finding them short of things to watch – The Lunch Box on Curzon. It was like going to India from one’s armchair. 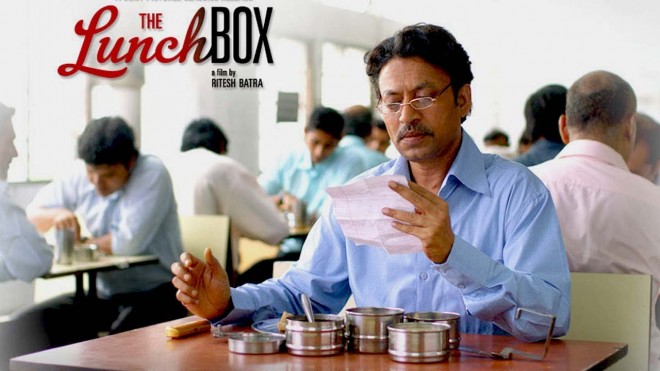 Here is the letter in The Times mentioning Few Eggs and No Oranges: 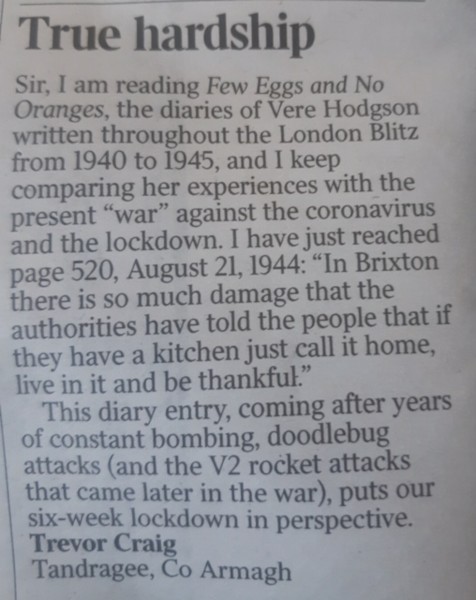 And here is a link to Gill Hornby writing about The Homemaker. It’s a very perceptive little review. And of course it was so great to be called in the headline ‘the most stylish imprint around’. 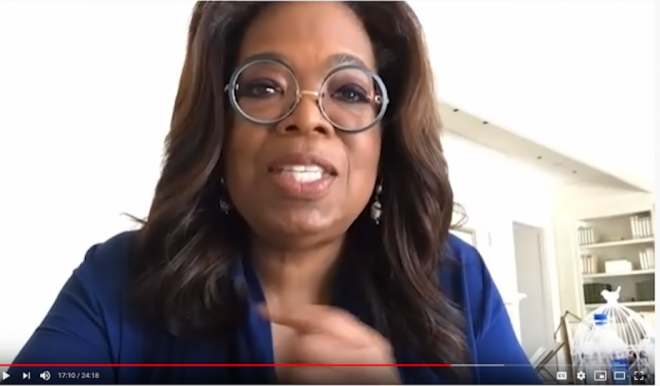 Could those be Persephone books in the background? It is hard to tell and of course we would love to claim that they are but we are not convinced. We did once send her The Home-Maker but we never heard anything. What a fantasy it would be if she was actually reading Dorothy Whipple!

Here is a link to the obituary of the incredible, awe-inspiring Romek Marber. Just read about his life! 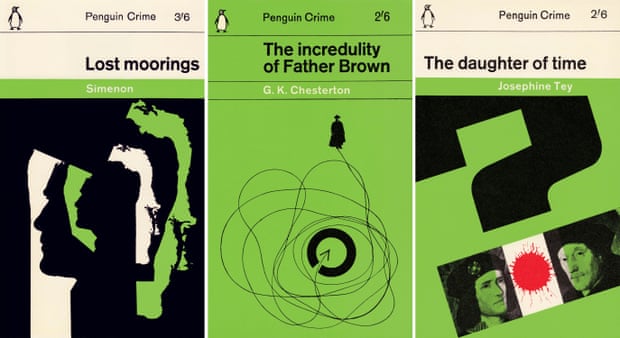 Some amongst us can peer into the future and one of those who can is a small cog in the Persephone Books team: Ned Beauman the novelist. In his 2014 novel Glow he wrote on page 234: [The driver said:] ‘“The animals have to be taken directly to quarantine on the island.” Driving here, it occurred to Isaac that if he were the government of Iceland he would quietly ensure that Hrisey were set up to receive people, too. Coronavirus was coming eventually and you couldn’t be too careful.’

The best book I have read in months is Dorothy Canfield Fisher’s The Deepening Stream. Has anyone else read this incredible, memorable, great book? 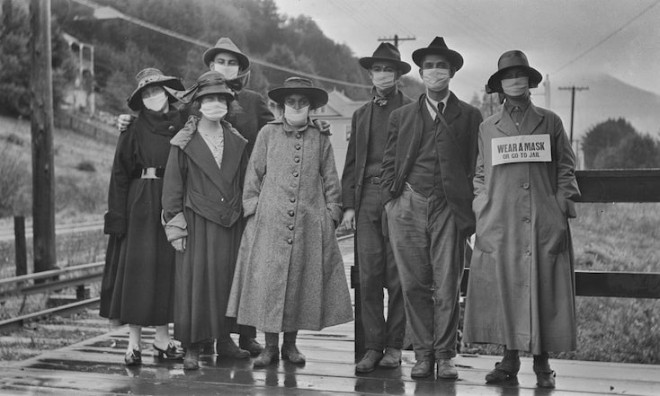 as from 59 Lamb’s Conduit Street