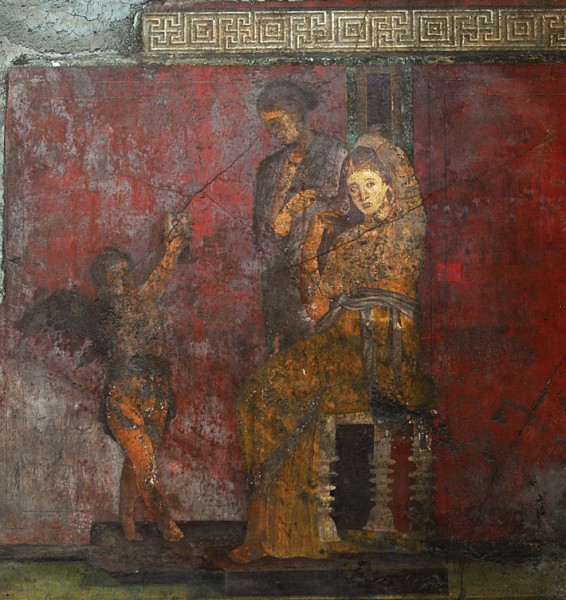 This is one of a series of large wall frescoes describing a ritual preparation for marriage (or, some scholars believe, for initiation into the religious cult of Dionysus). A female attendant is arranging the bride’s hair for the ceremony, while beside the seated bride Eros holds up a mirror in which her face is reflected. The fresco is from the Villa dei Misteri (Villa of the Mysteries), Pompeii, which was discovered in 1909 but painted C.50AD and reopened last year after a huge restoration project. The expression on the bride-to-be’s face, looking directly out of the image, is incredible and not a little unnerving. What is she thinking?