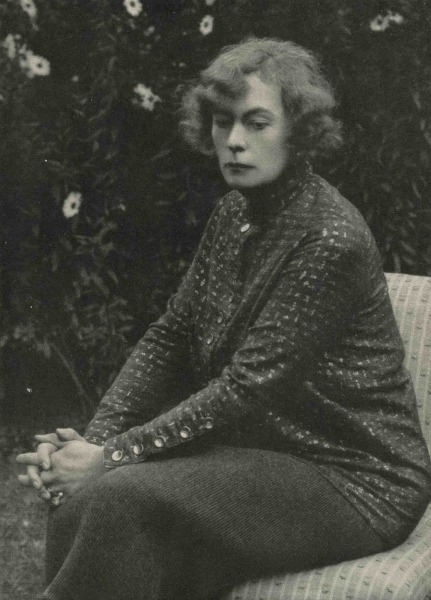 Another fascinating person. When this photograph was taken Mechtilde Furst von Lichnowky’s husband, a landowner and diplomat, had  recently died. She was a prolific writer, whose work was  banned by the Nazis. She married an Englishman, Major Ralph Harding Peto in 1937, but when she visited Germany in 1939 she was interned and placed under house arrest for the duration of the war. She never saw her second husband again: he died in September 1945. During the war she  wrote a book analysing the absurdities of Hitler’s pronouncements: for her, the barbarity of the Nazis was obvious from their language alone. (But of course this in itself was an exceedingly brave thing to do because if the manuscript had been discovered she would have been shot.) The book was published some years after the war. In the summer of 1946 she settled in London