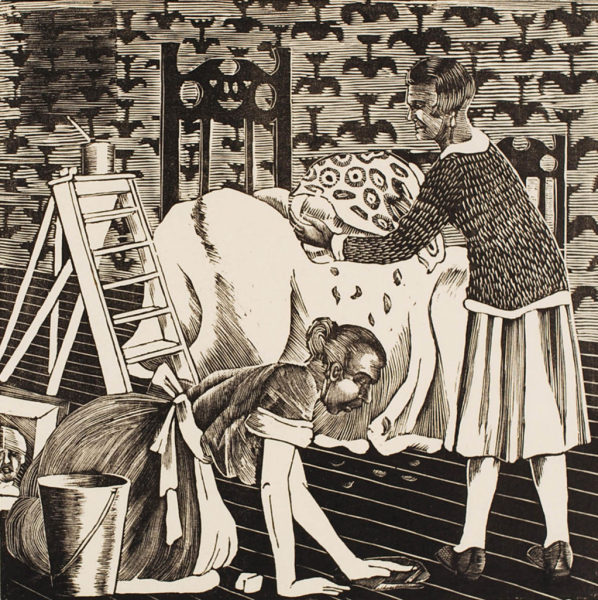 In September it will be 75 years since the death of Eric Ravilious. Ravilious & Co: The Pattern of Friendship, English Artist Designers: 1922-42, an exhibition consisting of over 300 works of art by Ravilious and his circle has now opened at the Towner Art Gallery. The curator, Andy Friend, author of a new, profusely illustrated book (which we sell in the shop at a nice reduction) is quoted here as saying that the exhibition has ‘an extraordinary group of women. Like most histories of art, the women connected to the Ravilious story have too often been relegated to cameos and supporting roles, but works in the exhibition reveal them as major forces in art and design of the period. Women in this network did not have the opportunities or recognition some of the men had because of the construct of the art market, or because they got married or the role of women at the time.’ They will be celebrated on thePost this week and next. This is Tirzah Garwood‘s Four Seasons: Spring 1926 (she was 18).