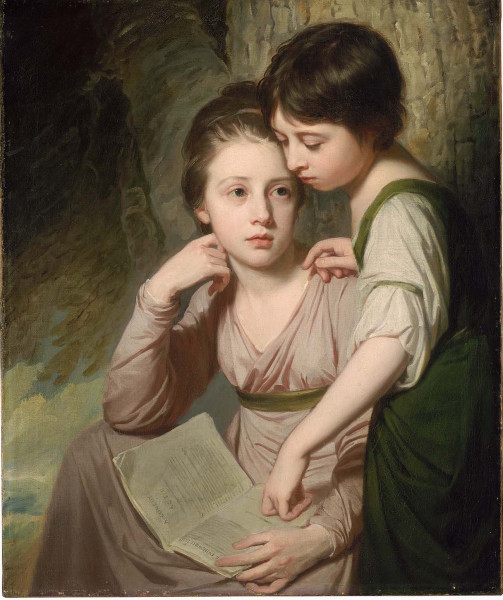 Portrait of Two Girls by George Romney was commissioned by the playwright Richard Cumberland in 1772. His two daughters Elizabeth and Sophia are reading their father’s latest play, The Fashionable Lover. The painting was inherited by Sophia, the younger girl, and stayed in the family until 1892 when her grandson sold it. It is now at the Museum of Fine Arts in Boston. ‘Romney constructs an affectionate and subtle narrative with the sisters’ differing responses. Elizabeth is on the cusp of adolescence and dressed in an “adult” gown: her dreamy stare suggests that the theme of fashionable love has sparked her imagination. Sophia, slim and childish in a green smock, struggles to understand the meaning of her father’s words’ (here). .