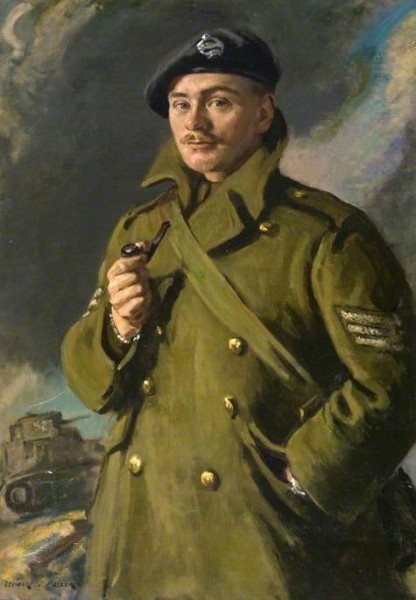 Rather pleasingly, if you search ‘My son John Leonard Fuller’ on Google  two different sources come up for the painting (Art UK as the PCF/BBC site is now called and The Atheneum, where someone has kindly uploaded many of Fuller’s paintings); and then a Persephone Book – On the Other Side. Of course Google is clever enough to know that this particular computer is interested in Persephone Books, but still it’s gratifying. The painting is indeed so germane to the book. My Son John 1940 is at The Tank Museum in Dorset. Does anyone know if John Fuller survived the war?