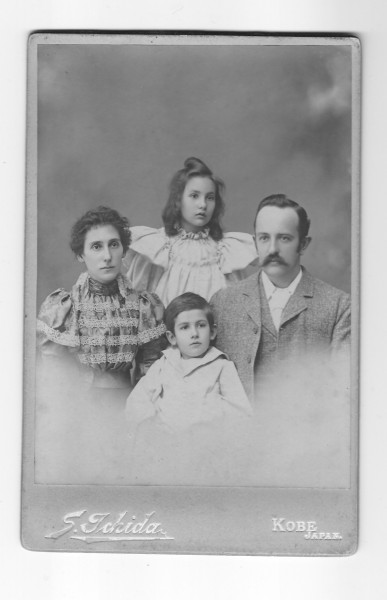 This photograph is ancestral – but what is so sobering is how little is known about one’s quite-near relations. The Hayward family lived in Japan at the time of the great earthquake of 1923, and survived it. But why they were in Japan is a mystery lost in the mists of time. Norma, the little girl, who was born in 1917, went on to have two sons, nine grandchildren and now numerous great-grandchildren, none of whom will know anything about their ancestor. We must write things down before it is too late. (The great novel about women’s lives in Japan is The Waiting Years by Fumiko Enchi. We tried to reprint it ourselves but with no success, however Vintage are doing it next year so at least it will be in print. There is also The Ginger Tree by Oswald Wynd which we sell in the shop as one of the ‘fifty books we wish we had published’ and are constantly recommending to people.)