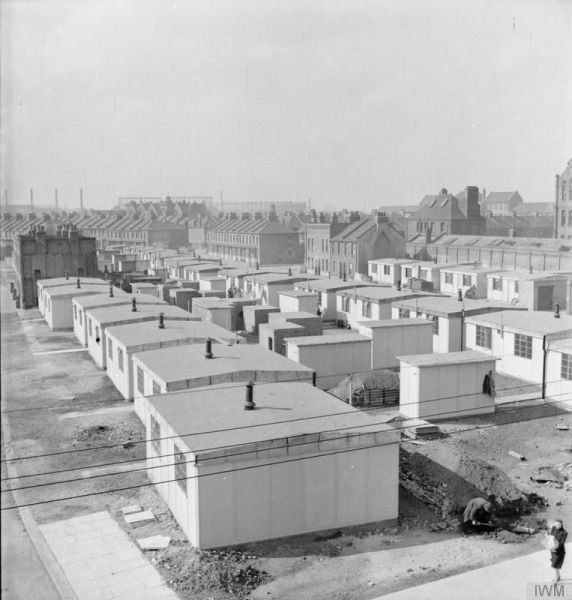 Mollie Panter-Downes wrote in May 1944: ‘Londoners were last week introduced to an architectural blueprint of what large areas of Britain are going to look like after the war. The first of Mr Churchill’s promised prefabricated steel houses for newlyweds has, like a squat mushroom, suddenly sprung up in the shadow of the Tate Gallery…It is being emphasized that such houses represent only a temporary solution of the postwar housing problem which, on this bombed island, will certainly be acute.’ The author of London at War, Alan Jeffreys, writes: ‘Many people would go on to live happily in prefabs for decades afterwards, as the structures long outlived their “temporary” purpose.’ (And many people would love to be living in them still.)