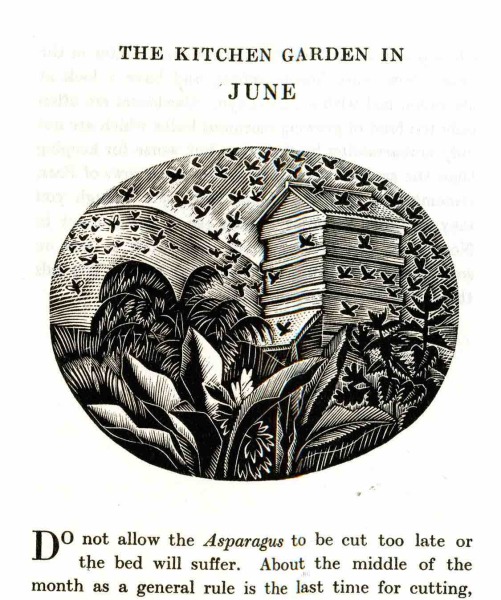 It’s as though all Ambrose Heath ate was asparagus! It is of course the food of the gods (and tremendously healthy and detoxing – for those who are into that kind of thing) but still…. Eric Ravilious took no notice and did his own wonderful image for June – a beehive. But at least asparagus was a seasonal vegetable. As Simon Hopkinson writes in his Preface to The Country Life Cookery Book: ‘Seasonal is simply how it was {in the 1930s}. Those of my parents’ generation, as well as that of Mr Heath, knew nothing else other than, say, the purchase of a pound of leeks from the greengrocer in winter, followed by no leeks at all, all summer long.’