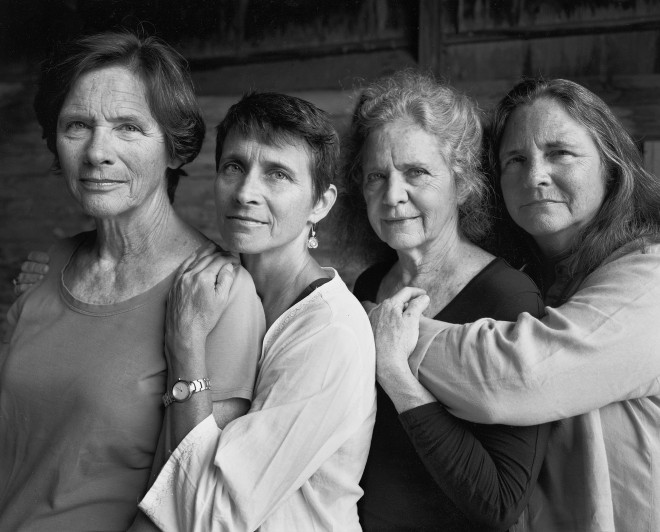 And here is the final photograph. What an incredible record. It is a long way from being a novel in that we know nothing about the sisters, apart from their names – Heather, Mimi, Bebe and Laurie (Bebe is Nicholas Nixon the photographer’s wife) – but still one keeps comparing the pictures with fiction because ‘as we come to the last pictures, we feel the final inevitability that, as Nixon says, “Everyone won’t be here forever”‘ (Susan Minot in the New York Times). Yet, unlike in fiction, ‘the sisters’ privacy has remained of utmost concern to the artist, and it shows in the work. Year after year, up to the last stunning shot with its triumphant shadowy mood, their faces and stances say, Yes, we will give you our image, but nothing else.’