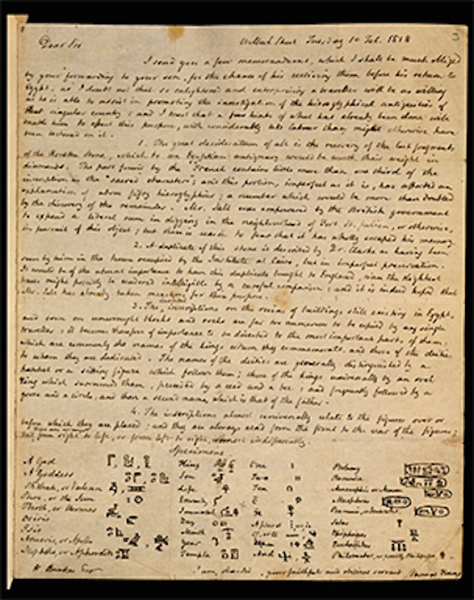 ‘Persecution in Europe affected many establishment figures. In nineteenth century England, sodomy remained a capital offence and one individual whose life was wrecked was the British dilettante, antiquarian, MP and close friend of Lord Byron, William John Bankes (1786–1855). In this letter of 1818, the English polymath Thomas Young (1773–1829) writes to the father of Bankes asking it to be forwarded to his son who was travelling in Egypt. Young asks the gentleman traveller to look out for the missing fragments of the Rosetta Stone. In 1815 Bankes discovered an obelisk which later played a significant role in the decipherment of hieroglyphs.’ More about Bankes on the British Museum website here. And of course Anne Sebba has written a fascinating biography of him which we sell in the shop.