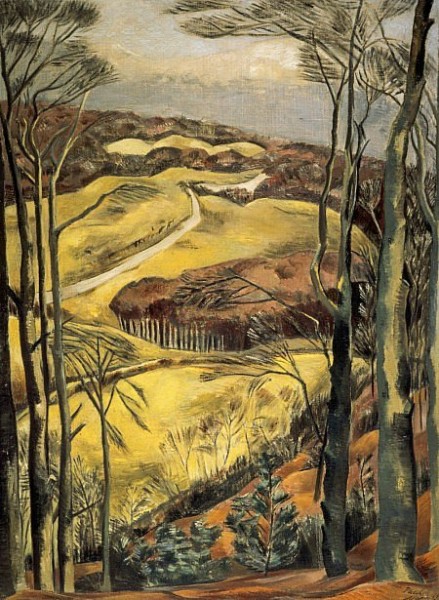 So the war ended and, incredibly enough, Nash went back to his ‘normal’ life as a painter. This is Berkshire Downs 1922, it’s at the National Gallery of Scotland, which says on its website : ‘Many of Nash’s paintings, even those executed when he was an Official War Artist, have trees and landscapes as their main theme. He regarded trees as symbols of Nature’s permanence in a changing world. In the early 1920s, Nash made several painting expeditions to Whiteleaf in Berkshire. He was often accompanied by his brother John, an accomplished landscape painter’ (and some of us might think that Tate Britain should be celebrating both Nash brothers; but because Paul was a Symbolist he was much better known).