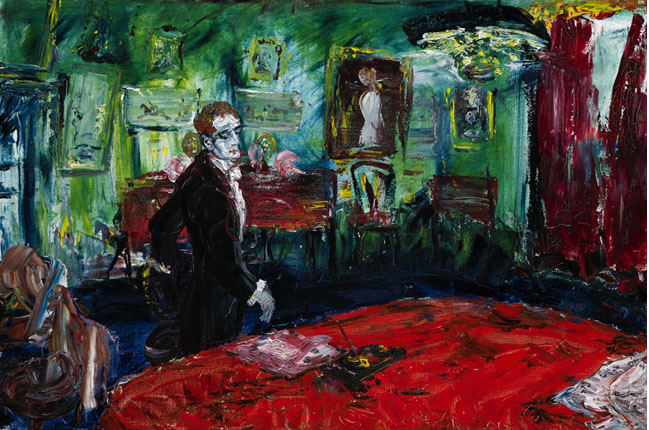 Another Irish painting: About to Write a Letter (1935) by Jack Butler Yeats. This has a peculiar and distinctive atmosphere, rather like our Irish novel Making Conversation, which is something of a Marmite book: people either love it or loathe it (naturally, we love it). The painting is at the National Gallery of Ireland which says on its website: ‘The subject is drawn from The Fancy, a small book of poems by Peter Corcoran originally published in 1820, but re-edited by John Masefield and illustrated by Jack B. Yeats in 1906. The poems in the book focus on a group of dissolute young men, whose lives revolve around boxing and other tough sports, and can be read as the poet’s farewell to the wild days of his youth. Peter Corcoran was the nom-de-plume of John Hamilton Reynolds, a close friend of Keats.’