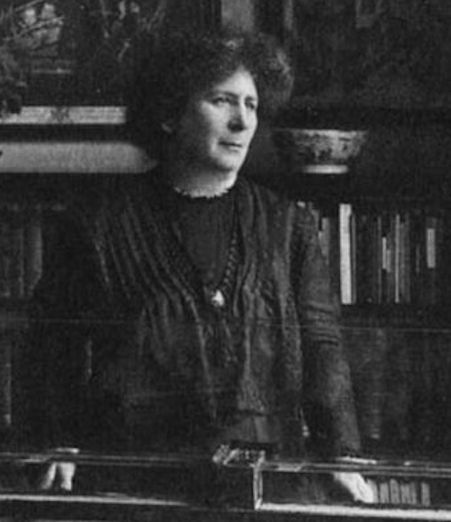 The Call is almost a fictionalised biography – of Edith Zangwill’s stepmother Hertha Ayrton: there are so many interesting synergies between ‘Ursula’, the heroine of the book, and Hertha that it will take a long and detailed Publisher’s Afterword to point them out (the more ‘from the heart’ Preface will be written by the journalist Elizabeth Day). Here are just three synergies: Hertha/Ursula was the first woman to be invited to read a paper at the Institution of Electrical Engineers; during the First World War she invented a design to sweep poison gases from trenches which was originally dismissed by the War Office – Ursula invents a device to extinguish liquid fire which ditto is initially rejected; and throughout the descriptions of the scientific experiments in an attic in Kensington runs an intense and unwavering commitment to votes for women.