Lamb’s Conduit is back to normal now: the Christmas decorations are down, the website is almost fully restored, we are doing the book count preparatory to doing royalty statements, and even the daffodil bulbs are pushing up in the window boxes. Alice has left to go traveling in South America before she goes to Sandhurst and Lydia is now running the shop, with the help of Megan, Siobhan and Hattie. Only the shop window is different: the old typewriter has a copy of Dimanche and a mug of pencils beside it – Je Suis Charlie in Bloomsbury (cf. the Persephone Post this week).

So it is recoup and regroup time, helped by good food from Tutti’s on the corner, Sid’s next door and John Charlick  in the Gray’s Inn Road, our favourite lunch places apart from Pret (where the new rice pot is going down a treat). Soon the book count will be finished, then we work out how many books have been sold over the year, and then we put wet towels on our head and start calculating the royalties owed. When the royalty statements have been done we send the cheques or, increasingly, transfer the money. Then we sigh with relief. Except it will be the end of February and time to think about the new Biannually.

Another week, another biopic. This time Stephen Hawking – what a superb film and what an extraordinary thing that he was given two years to live and is still working hard at the age of 72. This weekend it is Amy Adams (star of Miss Pettigrew) in Big Eyes, which has the same theme as the great novel by Meg Wolitzer, The Wife (about a wife who secretly writes the books to which her husband lays claim; we sell it in the shop).

Jane Brocket has tired of the vagaries of publishers and printers and is, for the moment, making three of her Brocket’s Pocket Guides in the grand Provincial Tour series available as a free download (donation to charity hoped for). (This is partly because of the new VAT laws, which are also one reason we have stopped selling e-books directly from our website.) All details of Jane’s guide to Chichester (and soon Preston and Shoreditch) at Yarnstorm here. Jane has the most incredible eye and notices things that the rest of us would never notice in a dozen visits, for example the beauty of the lettering on a memorial in Chichester Cathedral. 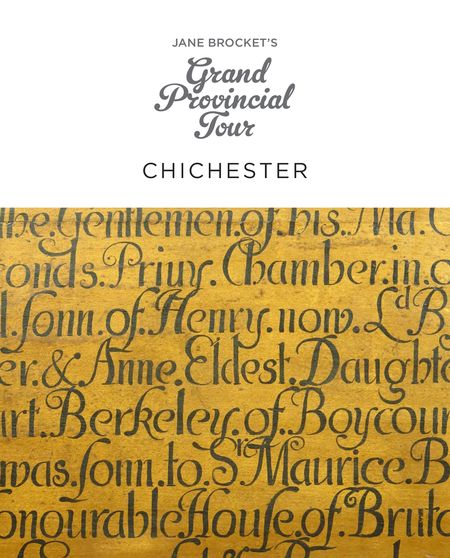 There was a very interesting article in the Financial Times about the new conservation centre at the British Museum, ten minutes walk from us. 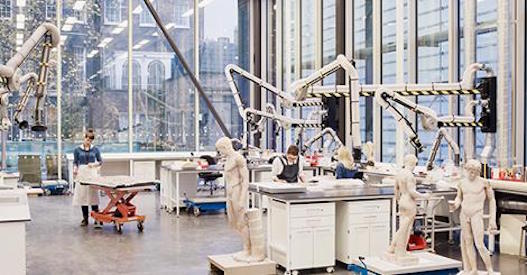 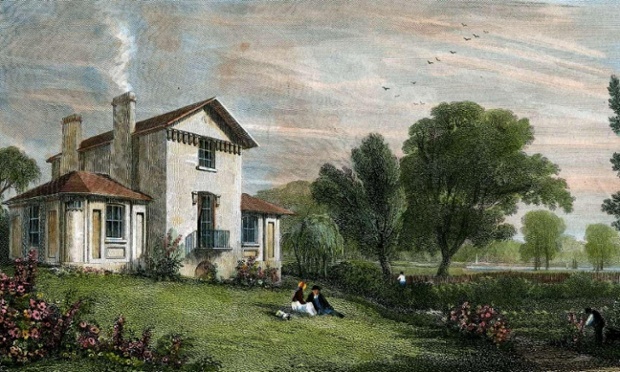 Inspired by the film many people have looked for his London house on the corner of Harley Street and Queen Anne Street but alas it has been demolished (lefthand red spot on map, and below). 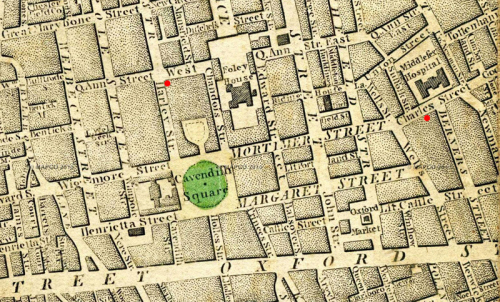 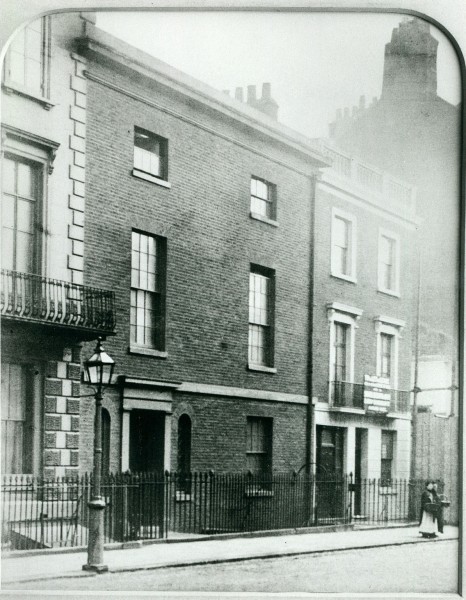 Have Persephone readers noticed the pieces/comments saying that the physical book is holding its own against the e-book, despite gloomy predictions? In the Economist Sourcebooks, which publishes Miss Buncle in America, was quoted as saying that ‘the volume of book sales has stayed steady and publishers are still for the most part the people producing the books that sell.’ Hurrah.

And did anyone listen to War and Peace on Radio 4 on New Year’s Day (all day)? Curiously a similar version was broadcast on January 17th 1943. Mollie Panter-Downes wrote in London War Notes (which we reprint in April): ‘The BBC broadcast one of its eight hour-long installments of War and Peace, which it is gallantly attempting to present as a serialized drama. “What with the battle of Austerlitz inside the studio and the battle of the Hyde Park outside, it was a lively evening,” a harassed BBC official observed later.’