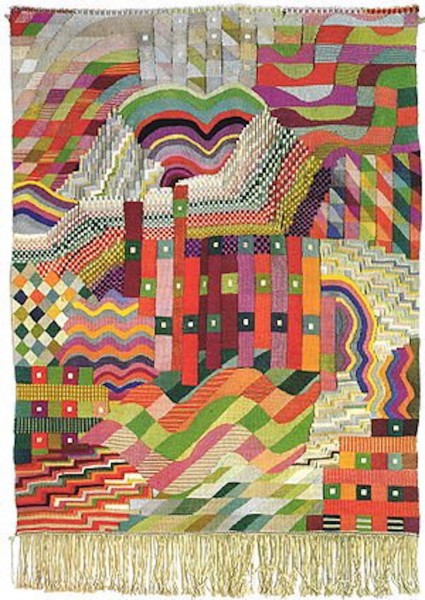 Famously, Bauhaus women were allowed into the weaving workshop but barred from other Bauhaus departments. Female students such as Gunta Stölzl, who later became head of the weaving workshop, taught themselves many technical and practical skills there. This is her 1927-8 tapestry. Forty-five years later it was used as the model for Sarah Campbell and Susan Collier’s Bauhaus fabric. So Karin Larsson started something which stretched for  75 years.