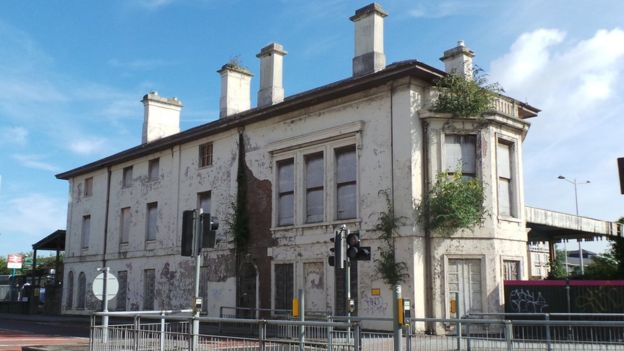 Cardiff’s Grade II*-listed old Bute Road Station was instrumental in the development of modern Cardiff, although arriving at Cardiff Bay by train today you would never guess that this dilapidated station was the home of the first steam-powered passenger train service in Wales. Thought to be designed by Brunel, it was built as the headquarters of the Taff Vale Railway in 1842/3, and is Grade II*-listed as an exceptionally early surviving example of purpose built railway architecture in Wales. The station’s dereliction is all the more shocking given its location just a stone’s throw from the Welsh Assembly.