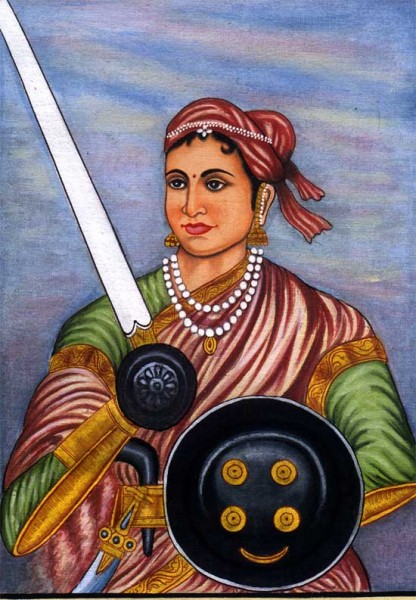 Four famous Indian women this week – taken from Incarnations: India in 50 Lives (2016) by Sunil Khilnani. First of all Lakshmi Bai, Rani of Jhansi (1828-58), one of the leading figures of the Indian rebellion of 1857 who became a symbol of resistance to the British Raj. Unfortunately the boxes of her personal papers were never recovered: one of her biographers  is quoted in the book saying how she longs for them to be discovered ‘so that one day we would have her own voice telling us her story rather than trying to reconstruct her life and her story from so many different sources.’ Khilnani adds: ‘I can imagine many such boxes, which together might contain the greatest lost treasure of Indian history, the voices of its women.’