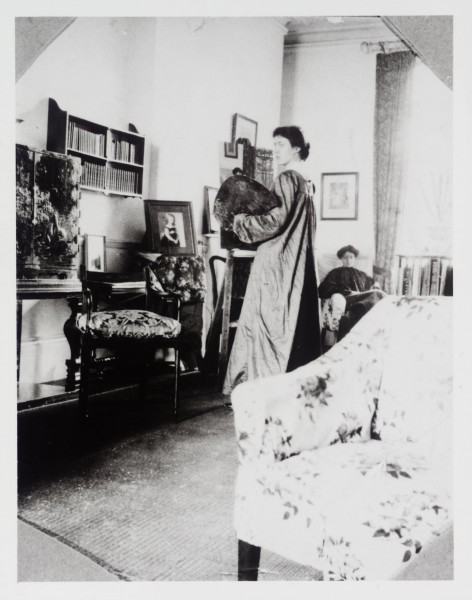 Next Sunday at the Guardian in King’s Place there is a Jewish Book Week event about The Wise Virgins with Lyndall Gordon,  Victoria Glendinning and Anne Sebba. We shall celebrate the book on the Post this week. First of all, a photograph of Vanessa Stephen at her easel in 1905: the photograph is in the Tate Archive. Leonard Woolf was then 25 and had just gone to Ceylon for seven years; but he had often met the Stephen sisters during his years at Cambridge. The theme of The Wise Virgins, which he wrote in 1912, is whether he should marry (the Bohemian) Vanessa or Virginia or (the sensible) girl next door in Putney.