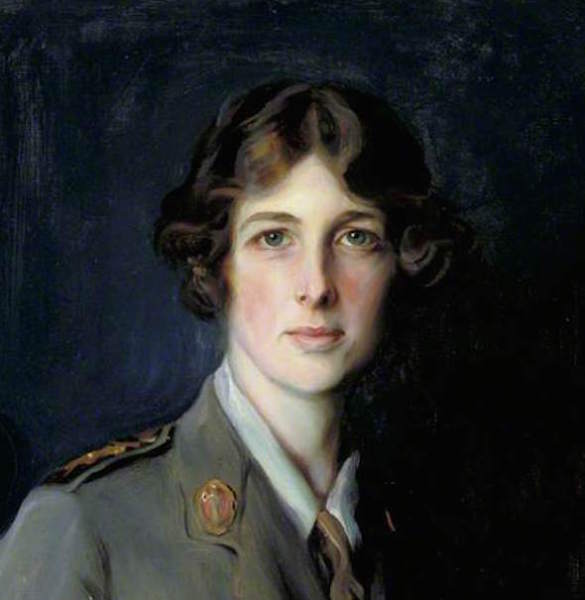 There is a feature in the current National Trust magazine about people associated both with the Trust and with the Suffragettes. First of all: Edith Vane-Tempest-Stewart  who lived at Mount Stewart, County Down as the Marchioness of Londonderry, an aristocratic wife and mother. But she was also Colonel-in-Chief of the Women’s Volunteer Reserve in the First World War, and in 1915 formed the Women’s Legion which provided female cooks for the military, ambulance drivers, mechanics etc. She campaigned for suffrage but only for ‘duly qualified’ women (in heaven’s name, what was the impetus for women to become ‘duly qualified’ if they couldn’t vote?). The portrait (which is in fact much larger, showing the entire jacket) was painted by Philip de László in 1918, it’s at the Imperial War Museum and here taken from ArtUK.