The royalty statements are nearly finished, which is a relief, but it’s always sobering to see which books have sold SO few copies eg. only 108 copies of the superb Heat Lightning. Come on, people! But Long Live Great Bardfield has been a little bestseller with 2700 sold in only three months. And some books, like They Were Sisters and The Exiles Return and Miss Buncle’s Book gratifyingly just keep on going,.

However, one of the books which does not sell brilliantly is The Sack of Bath. We do not regret reprinting it, far from it, it’s a great adornment to the list, we just have a little corner in our hearts that slightly condemns our readers for not seeing the point of it: which is that the conservation of architecture is as important as the conservation of forgotten women novelists. This is the kind of photograph that makes us shudder: The Euston Arch once.

Of course if conservationists like us had prevailed and it had been saved it would now be one of London’s tourist attractions. But hey ho, it was replaced by the horrible Euston station bus park. At least novels (although thousands and thousands of copies were destroyed in the Blitz) can be resurrected from the single copies which, thank heavens, exist in the five copyright libraries. Simon Jenkins wrote a good article here railing against the proposed Paddington Cube. This is how it would look: 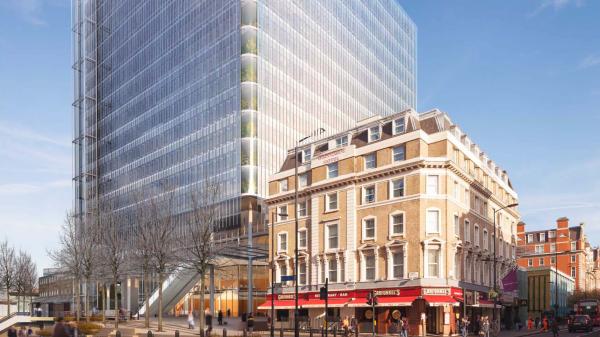 How can we allow this to happen? But on the good news front: Goldsmith Street in Norwich is a scheme of 100 homes (80 of them social housing) that will ‘reinstate a terraced street pattern to an area blighted by clumsy postwar planning’. 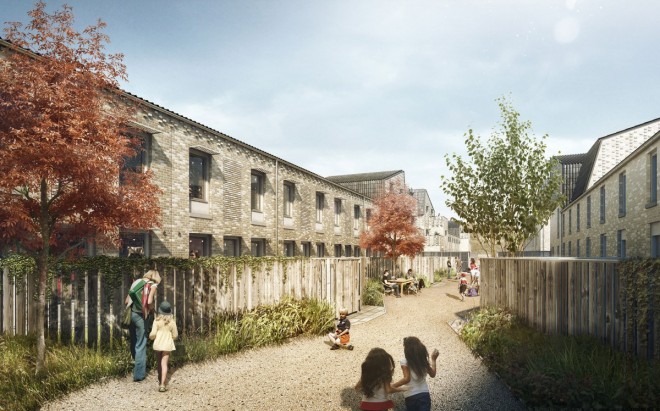 So we do sometimes learn from our mistakes (even if the tree saga in Sheffield continues). The issues of architecture and heritage have been tackled by Simon Thurley in a fascinating series of Gresham College lectures (all available online, here is the most recent) and there are two more to come on March 8th and June 7th.

We would probably have opposed Crossrail if given the chance, because it has necessitated the destruction of so many buildings. But it is nearly finished now and there is a rather wonderful exhibition at the Museum of London in Docklands of things discovered while they were doing the excavating. This is ‘not a Tudor turnip but a Tudor bowling ball, from the site of King John’s Court manor house in Stepney Green.’ 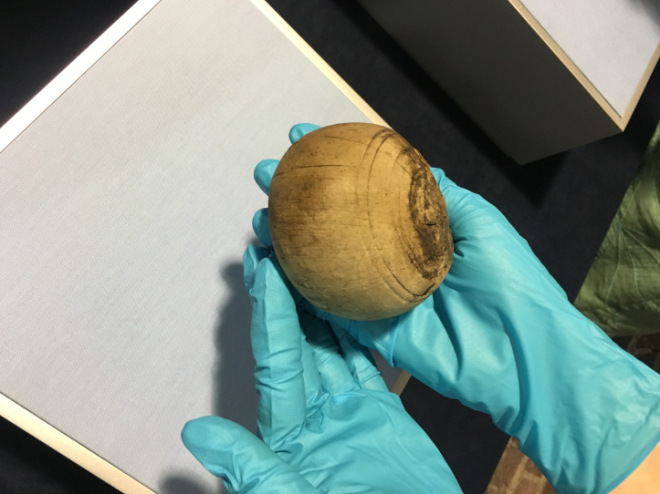 We are waiting to see what our new business rates will be – there have been several articles about the fact that they are going up and no one knows yet by how much. The rumour is that they will not go up generally but that there will be a massive increase in London (because property prices are much higher here). We await  the brown envelope somewhat anxiously. In the FT Jeanette Winterson wrote: ‘Last week the governor of the Bank of England spoke with the Archbishop of Canterbury on Radio 4 about an economy that is based on values as well as money. To me, a neighbourhood is about values and not just money…Human beings need more than consumerism and convenience.’ Hear hear. Does this mean that in order to keep going (in the face of the combined threats of Brexit and the Business Rate increase) we have to put up the prices of our books? It is hard to decide what to do. We have always prided ourselves on the reasonableness of our prices (if you buy two books and then choose a third, it is only £6 – a complete bargain) but can this continue? It remains to be seen.

And politics: we are emboldened to return to this subject because there were so many nice emails after the last Letter (for which again many thanks, we do try and reply to everyone) eg. ‘thank you for cheering me and probably many others… your letters are read and thought about’; ‘I just wanted to let you know that I have turned to your books for inspiration and escape at this most difficult time’; ‘there have been times when your words have been a comfort (yes, really). The day after the Brexit vote was one such and I followed the advice to look at something beautiful’; ‘I hope this glowing-with-gratitude email helps counteract any negative effects from nasty emails, but keep the Madeira handy just in case.’ We do, we do, and anyway assume that by now the writers of the critical emails have decided to leave us alone and are reading the Daily Mail instead. They certainly won’t be reading novelists, two of whom were eloquent recently: Joseph O’Neill (who wrote Netherland) published a very wise piece about Brexit in the light of what is happening in America. He said that ‘in order to get the post-Brexit trade deal that the UK needs from the US, Theresa May will be forced to to align Britain geopolitically with Trump’ and that this would be a disaster for Britain. This is so true. But apart from writing to our MP, and marching, and keeping the ‘No Man is an Island’ poster in the window – what on EARTH can we do? The other eloquent novelist was Lynne Reid Banks. She wrote about the ‘utterly disgraceful slamming of our doors to the thousands of child refuges {the government} promised to take in’ and said that she knew personally ‘at least five families who would take a child. Old as I am, I would take one myself rather than let them rot in camps around Europe. Shame on us, shame on our government.’ Finally, Tim Farron, the Lib Dem leader, said the closure of the ‘Dubs’ scheme was ‘a betrayal of these vulnerable children and a betrayal of British values.’ Of course we heartily agree with all three of them. Little Boy Lost has now become horribly topical.

Lastly, on a more cheerful note (although the comparisons with 1930s politics are upsetting), Florence White and Good Things in England was mentioned on Further Back in Time for Dinner  (34.41 minutes in). The Duncan Grant endpaper for Good Things is of course in the yellow colour way (and in the blue for Dinners for Beginners). Now Charleston Farmhouse have started making oilcloth in the pink: it is rather lovely and gives any dining room table a lift (though cheap it isn’t). 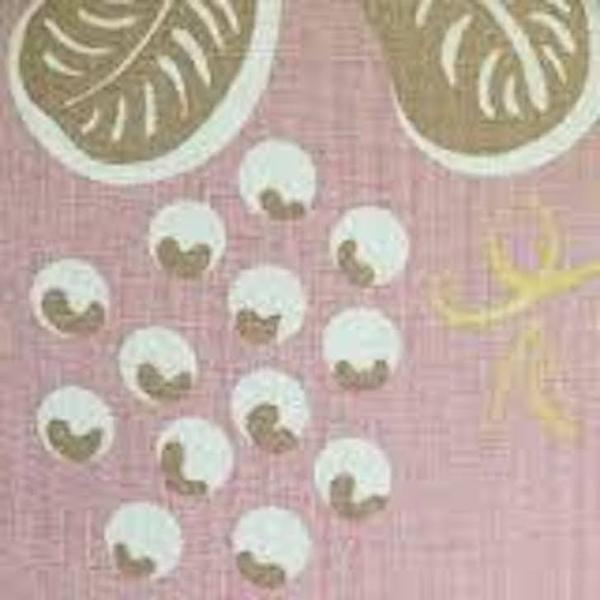