Last weekend Persephone girls past and present had a get together. In the morning we went to Plaw Hatch Farm because it is farmed to Demeter standards and Demeter was of course Persephone’s mother. The standards means that the farming is biodynamic which is basically organic plus: the farm uses only its own fertilization and takes advantage of planetary rhythms for the planning and harvesting of all crops: more details in this article by Sarah Raven, ‘The Sussex farm that gardens by the light of the moon’, a couple of months ago. We had coffee (with super-delicious raw ie. unpasteurised milk) and shortbread and walked round the farm, before buying some Demeter standard vegetables and quiche for lunch. On the daffodil-in-a-milk bottle principle (that any room can be made nice with the addition of these) the shop now has a (raw) milk bottle with dahlias in it (the green writing says ‘biodynamic unpasteurised raw milk). 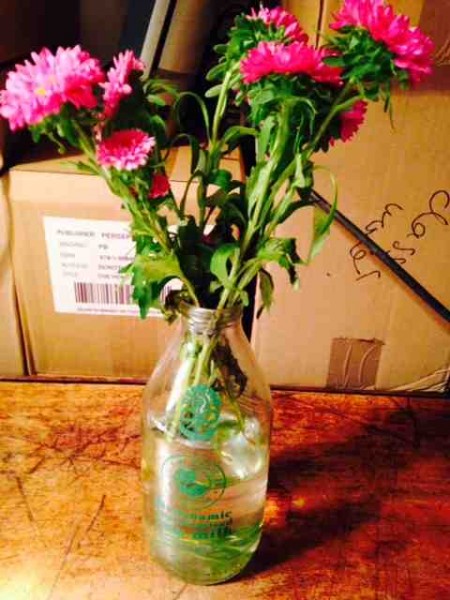 After said lunch we went on the Bluebell Railway from East Grinstead to Sheffield Park. It was complete heaven, like being in a television costume drama for a couple of hours, and we have resolved to return in April when the bluebells will be out. The seat fabric in the carriages was perfect 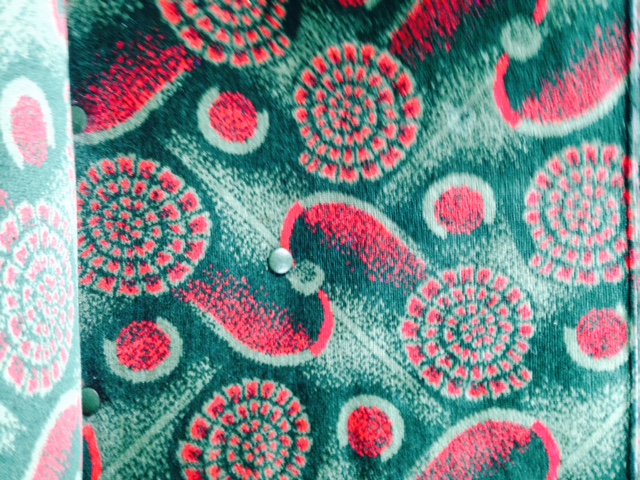 and the props on the station platform were carefully arranged. 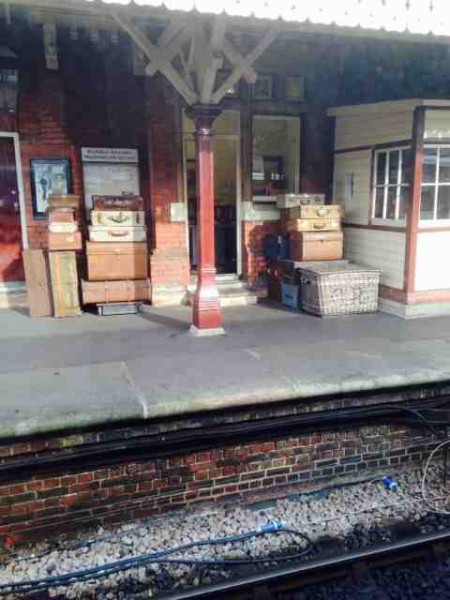 Rosie Millard wrote an article in the Independent about a tourist’s (very positive ) view of Britain, and illustrated it with a picture which looks like a cross between Persephone Books and our beloved Sid’s next door: 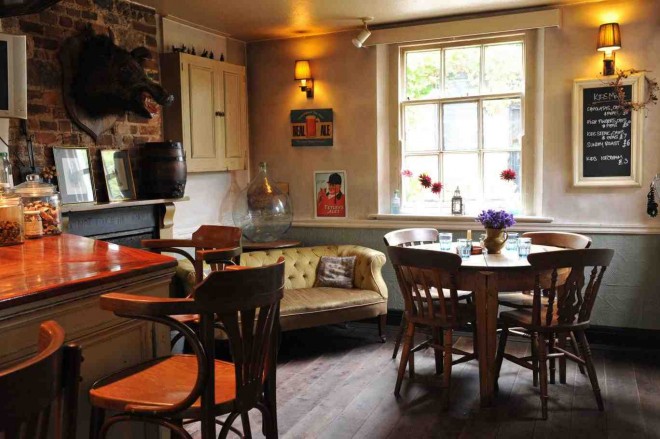 Anne Tyler, who unfortunately did not win the Booker, wrote a piece in the Guardian about how she thinks up her characters – here, scroll down, she is fifth; Suffragette has been having marvellous reviews eg. in the Guardian by Peter Bradshaw no less; we are greatly looking forward to the Julia Margaret Cameron exhibition which opens in six weeks. 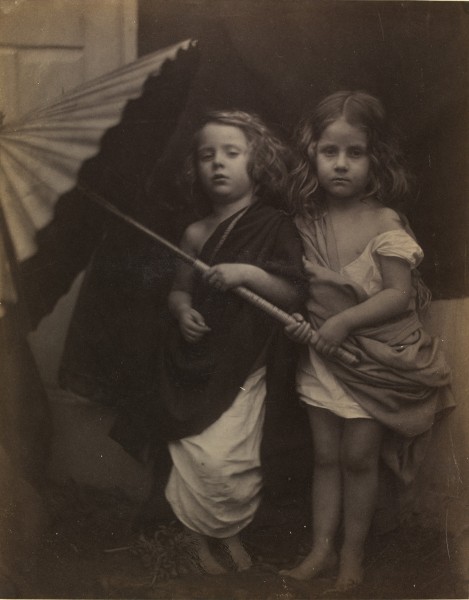 And the Goya portrait exhibition has opened at the National Gallery. 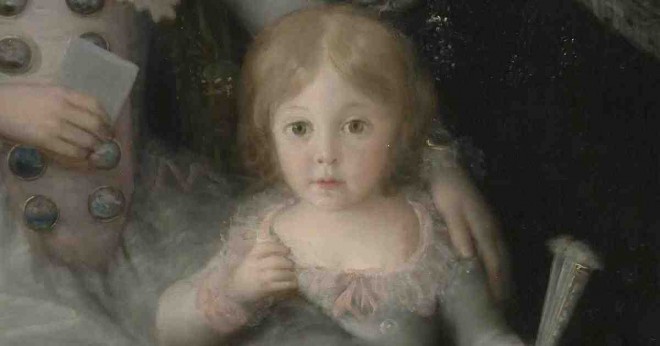 Hurrah that the headteacher at the Stirling primary school, St Ninians , where the pupils walk a mile every day, has won a prize. Finally, two weeks ago Lydia went to wonderful Chatsworth for the weekend and saw some amazing autumn colours. 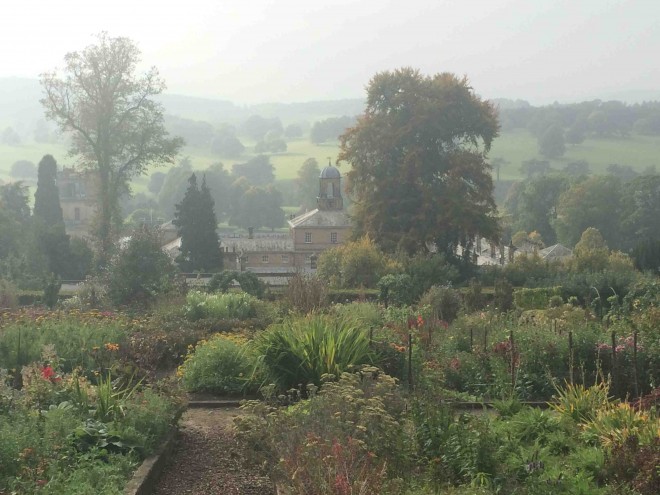 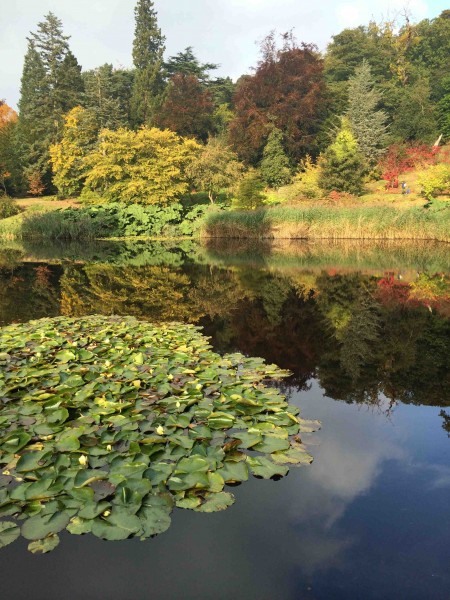